Various construction activities, such as sawing, drilling, sanding and other remodeling procedures may release dangerous pollutants and contaminants into the environment. Asbestos, often found at construction sites, is generally considered to be the most hazardous of such pollutants.

As a known carcinogen (cancer-causing substance), asbestos can cause serious health problems, including asbestosis (scarring of lung tissue) and gastrointestinal cancer. Typically, projects involving demolition, renovation and repair (of older buildings and structures) have the potential to disturb asbestos-containing materials (ACMs). ACMs include duct, pipe and boiler insulation, ceiling tiles, and sprayed-on fireproofing or insulation.

Construction and demolition activities that are likely to harm air quality may be subject to federal, state, and/or local environmental laws and regulations. Many federal environmental laws set forth national standards that are administered by the United States Environmental Protection Agency (EPA). For example, the federal Clean Air Act (CAA) requires the EPA to develop and enforce regulations to protect the public from exposure to airborne contaminants known to be hazardous to human health, like asbestos.

Also under the authority of the CAA, the EPA establishes National Emissions Standards for Hazardous Air Pollutants (NESHAPs). The asbestos NESHAP generally sets forth requirements related to the assessment and removal of ACMs, including the following:

Most ACM abatement procedures may be performed only by trained and licensed contractors. Further, such contractors are generally required to provide appropriate notice to regulatory agencies and follow mandatory work practices. Contractors must also properly dispose of the asbestos-containing waste and maintain appropriate records.

The failure of contractors to comply with environmental laws governing asbestos can result in civil and criminal penalties (including fines and incarceration), frequently enforced by the EPA and U.S. Department of Justice.

Similar to the standards issued by the EPA, some states have also established requirements that govern the handling, disturbing, removing and disposing of ACM’s. State standards vary, and are often more stringent than the requirements under federal law. 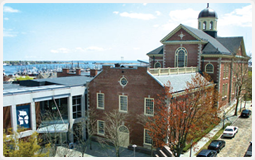